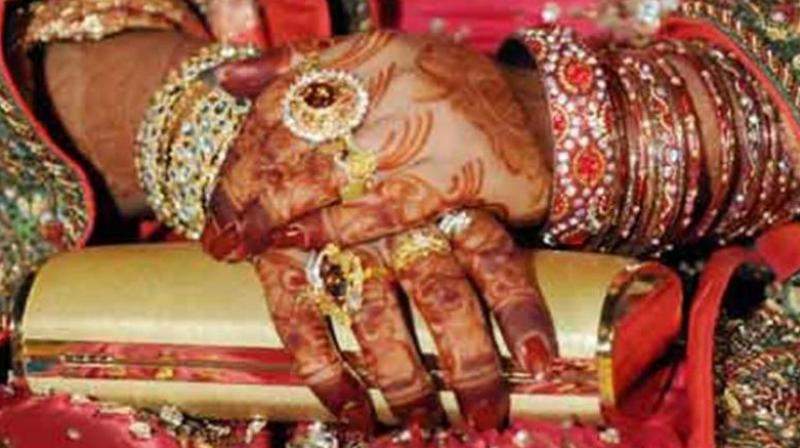 Government school teachers in Uttar Pradesh Minister Satish Dwiwedi’s constituency were asked to prepare the brides for a mass wedding organised on Tuesday.

Often teachers working in government-run schools are assigned duties other than teaching children. However, this time it has turned rather bizarre as some of these women who were asked to turn beauticians overnight had no clue about makeup, they said.

An order issued by a block education officer (BEO) in Siddharthanagar district assigned 20 women teachers to do the make up of the brides at the marriage ceremony, however, when the news went viral on the social media on Monday night, the directive was quickly withdrawn.

Later, Basic Shiksha Adhikari (BSA) of Siddharthanagar, Surya Kant Tripathi, issued the order cancelling the earlier order, and also directed an inquiry into the matter. According to reports, the BEO of Naugarh, Dhruv Prasad, on Monday issued the order asking 20 government primary teachers of his block to help the brides get ready for their wedding in the Yogi Adityanath government’s mass wedding programme.

The teachers were asked to reach the venue of the wedding on Tuesday morning. The BSA initially defended the decision but when trouble started, he ordered the withdrawal. Sushil Pandey, state president of Uttar Pradesh Primary Teachers’ Association, said: “Such decisions are completely unacceptable. Teachers should be treated with respect and not asked to do jobs that are not a part of their duty.

A teacher who was assigned the duty said: “I have never applied make up on my face and I do not even know the basic of the art. If anything goes wrong, I will have to face the consequences.” Another teacher said: “The government makes us do such jobs and then they blame us for the poor quality of education in government schools.”

A government teacher in Lucknow seemed equally upset with the order and said: “Next, they (government) will ask us to cook meals for official events. We are expected to do everything except what we are paid for — teaching.” The incident has taken place in the constituency of the state’s Basic Education Minister (state minister with independent charge) Satish Dwiwedi.