any federal workers are already plotting side jobs in the private sector. (AFP)

The latest version of a malfunctioning Washington convinced NASA aerospace engineer Edward Amatucci to break a beloved household rite: Over the weekend, after the partial government shutdown went into effect, the 54-year-old furloughed telescope specialist brought down the American flag that normally flies outside his Maryland home.

“I still have pride in my country, but I am very disappointed in Congress. My only way I can quietly object is to take down the American flag,” said Amatucci, who lives paycheck to paycheck, helping support his wife and three grown children. “America is not together now. We’ve lost our way. Is it Trump? I don’t know. He’s a symbol for what’s happening.”

On Monday, political leaders made no headway toward a compromise that could send Amatucci and other federal employees back to work and find resolution over President Donald Trump’s proposal for a wall along the U.S.-Mexico border that could cost close to $5 billion. With about 25 percent of the federal government shut down, lawmakers left town for Christmas and were not expected back to work until Thursday at the earliest. But Trump stayed, forgoing his Mar-a-Lago redoubt in South Florida. Instead, the President spent his Monday at the White House, tweeting.

“I am all alone (poor me) in the White House waiting for the Democrats to come back and make a deal on desperately needed Border Security,” he tweeted shortly before noon Monday. Then, he claimed opponents’ refusal to fund a wall “will cost our Country more money than the Border Wall we are all talking about. Crazy!”

In the early evening, he boasted on Twitter that he “just gave out a 115 mile long contract,” to build part of the wall in Texas.

House Minority Leader Nancy Pelosi, D-Calif., and Senate Minority Leader Charles Schumer, D-N.Y., scolded the president for the timing of the shutdown and said his top priority was not the American people but another demographic altogether.

“It’s Christmas Eve and President Trump is plunging the country into chaos,” they said in a joint statement. “Instead of bringing certainty into people’s lives, he’s continuing the Trump Shutdown just to please right-wing radio and TV hosts.” 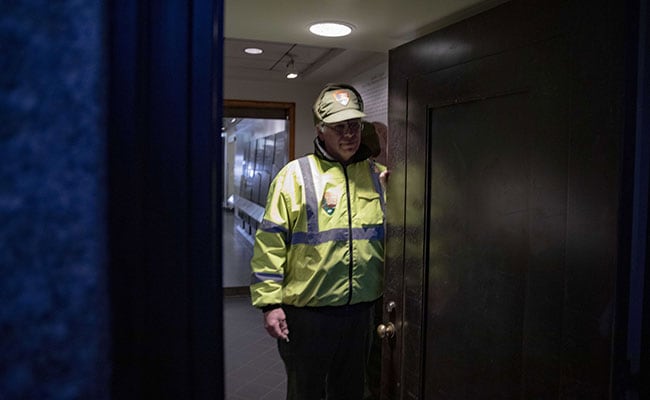 The US government shutdown has hit low-wage workers and people living in urban areas across the country.

Few see signs that the standoff over funding for Trump’s border wall will end anytime soon. Legislation passed by House Republicans last week that offers $5.7 billion is unlikely to pass the Senate. Pelosi, the likely incoming House speaker, and Schumer have been resolute against the wall funding that Trump has demanded, instead offering $1.3 billion for border security measures.

For the Trump administration, the deadlock is just one more chaotic chapter of the year’s final days, which culminated with the worst week for the Dow Jones industrial average in a decade and the resignation of Defense Secretary Jim Mattis.

The partial government shutdown most powerfully affects the lives of low-wage workers, particularly those who clean and secure museums and other mammoth Washington buildings frequently seen in movies or on postcards. But it also affects people living in metropolitan areas across the country.

Perhaps most hard hit are those who work as contractors who typically don’t win congressional approval to recoup lost wages once the government reopens.

Jaime Contreras, vice president of a 163,000-member chapter of the Service Employees International Union (SEIU), said many federal workers fear this shutdown will last longer than others because it hinges on a pet issue Trump made the centerpiece of his presidential campaign.

“It’s an issue that everyone is going to dig their heels in,” Contreras said. “The wall is irrational and impractical, and Democrats are not going to back down, so we’re stuck in this situation and the people who are suffering are people working in these facilities living paycheck to paycheck.”

Lila Johnson, 71, of Hagerstown, Maryland, is one of those people. From Monday to Friday, she works the 6-to-10 p.m. shift at the Agriculture Department, cleaning men’s and women’s bathrooms on a contract basis. Although she supplements her salary with Social Security and a pension from George Washington University (where she also worked as a janitor), she worries the absence of her contracting salary will put her behind on crucial payments – her automobile lease and insurance, plus her townhouse rental.

“It’s just putting me in a bind. I am going to have to juggle my bills around. My part-time job at the Agriculture Department helps me make ends meet,” she said.

“It’s not easy putting food on the table for kids and buying them clothes and shoes. That’s why I am still working,” she said. “But I did pretty good this year with presents.”

For now, Johnson puts the blame on Republicans, especially Trump.

“Trump is throwing a temper tantrum for a wall,” she said. “What’s the wall going to do? He just wants to say, ‘I delivered my promise.’ But he’s messing with people’s lives.”

Many federal workers are already plotting side hustles in the private sector. Amatucci, the NASA engineer, is also a licensed real estate agent and plans to make up for his lost wages by trying to sell homes. Raekwon Snyder, 23, a contractor with the Food and Drug Administration who lives in Baltimore, tends bar on the weekends and said he is considering more shifts. He might also return to driving for Lyft or Uber.

“I don’t like it, it’s not fun, especially when you’re sitting at work talking to your co-workers, saying I don’t know when I’ll see you guys again,” he said. “It’s funny in the moment, but when you leave it’s kind of sad. You just hope your co-workers are OK as well.”

Although Snyder is happy to have more time with his girlfriend and their 8-month-old son, he worries the shutdown will drag on. His girlfriend works part time at a federally funded state care program and fears her job could be vulnerable the longer the shutdown lasts.

“It’s definitely going to start to get rough,” he said. “It’s definitely an inconvenience, especially when the reason the government is shut down, I think most people agree, is ridiculous, because we don’t want to spend $5 billion on an electrified wall with flaming arrows.” 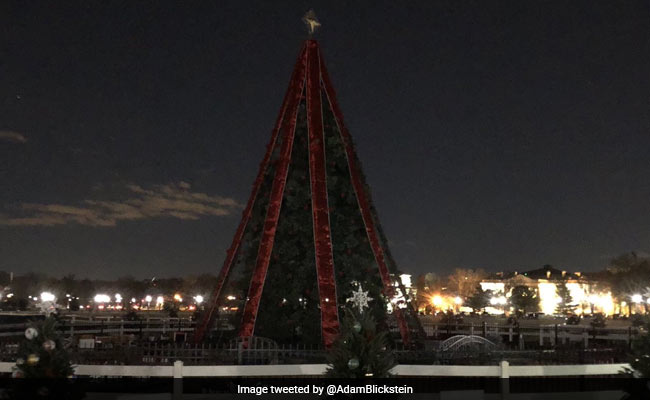