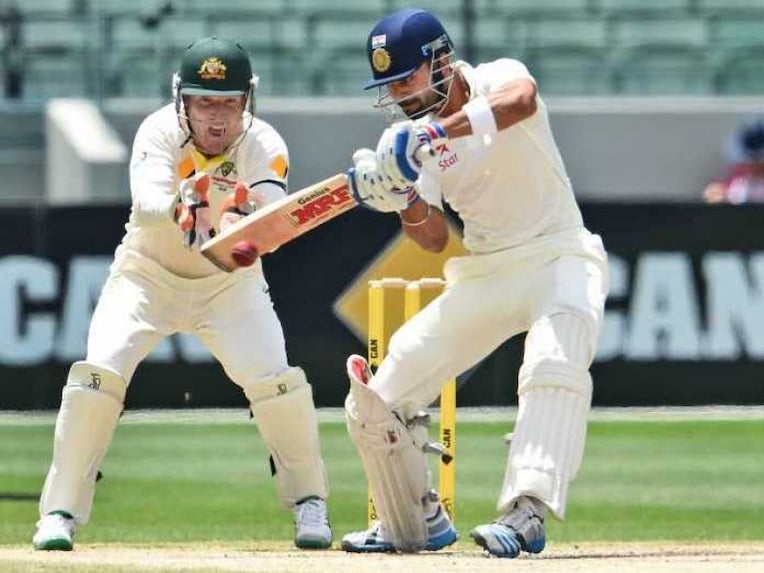 Cricket Australia has expressed its willingness to share a part of its revenue incurred from India’s tours to Australia, with all members of ICC.

Melbourne: Cricket Australia (CA) is open to part with its multi-million-dollar television revenue from India tours to Australia as part of a collective effort to preserve the financial health of the global game.

James Sutherland, Cricket Australia chief executive, has declared Australian Board’s willingness to divert a part of its overseas revenue from India tours to Australia, which is worth up to USD 100 million extra to CA’s annual balance sheet, to be shared among all members.

“You have to have a belief in the broader context and you’ve also got to see the big picture. I think together with pretty well all other countries right now we see that bilateral cricket is very much our core business and it’s really important that it continues to be popular.

“Ideally if we get to a situation where it has more structure around it, we build context, fans can understand and appreciate it more and we can increase the value and appeal of bilateral cricket,” Sutherland told ‘ESPNcricinfo’.

Although this proposal is likely to cost CA money in the short-term while also changing the dynamics around the board’s close relationship with the BCCI, a huge contributor to Australian cricket’s financial health, Sutherland felt that “doing nothing is not an option”. He insisted all boards would have to look at “the big picture” of the international game’s future, amid worsening financial situations of some countries and the encroachment of domestic T20 leagues on schedules and player priorities.

“We’ve got a very open mind and we believe in a big-picture sense that the benefits will flow, not only to us but to others. It may well be we go backwards before we go forwards, we don’t know, but we do believe in the big picture and we do believe individual countries can’t operate in isolation of everyone else.

“That’s something we’re very conscious of and that’s why we support the work the ICC has done so far in reviewing the structure of bilateral cricket and how that might all work. It’ll be good for the game, that’s our foremost position, and hopefully down the track it’ll be good for cricket in Australia,” he added.

Sutherland said he was encouraged to explore the commercial implications of changes to bilateral tours by the willingness he saw at the recently-concluded ICC Annual Conference in Edinburgh, to reform the structure of the game. Further talks are set to be held in late August or early September, before a more detailed model is presented to the ICC board in October.

“We’re hoping to have some meetings next month where we get everyone together to talk a bit more about it. The pleasing thing is there’s some genuine momentum here on this and strong alignment and will to make some meaningful decisions. Everyone is firmly of the view that doing nothing around the structure is not an option, and about building more context around international bilateral competition,” Sutherland said.

The models being currently discussed will include a certain weighing for the value of each country’s overseas rights, meaning that the likes of India, Australia and England will still get a share somewhat proportionate to their financial contribution.

“The share of the revenues will still be somewhat proportionate one way or the other to the contribution. If one country, India for example, their contribution to that total pie is greater than someone else they’ll get a benefit from that in a proportional sense,” Sutherland clarified.

“But what it should allow is for other countries, who aren’t as strong or don’t have as much power and are effectively selling their rights in competition against other countries, to be a part of a bundle that helps increase the value by virtue of context and structure that they wouldn’t have otherwise been able to achieve,” he added.