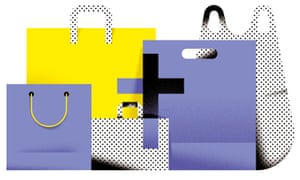 Minimalism is dead. The lifestyle trend that dominated the 2010s expired late last year, when Marie Kondo launched an online store selling upmarket housewares, thereby destroying the pretence that decluttering was about buying less stuff, as opposed to making space for new stuff. Kyle Chayka’s new book, The Longing For Less: Living With Minimalism, might serve as its obituary. Minimalism seemed like “a conscientious way of approaching the world now that we have realised that materialism… is literally destroying the planet,” he writes. But it soon became just another mode of materialism – a way for the system that caused the problem to make more money by selling what it claimed would be the cure.

So what’s next? The commodification of cosiness. In book publishing, the process of what you might call “hyggification” is already so advanced that you’d be forgiven for not being able to tell your lykke from your lagom, or your ikigai from your nunchi. But you can expect it to spread through the rest of the consumer economy soon. The world is an increasingly alarming place, and the prospect of shutting the door on it grows ever more appealing. Now the focus is on fluffy bedding; on weighted blankets, originally used for treating autism spectrum disorders but now marketed as stress relief for all; on wearable duvets apparently known as “homecoats”; and on home cooking – but using pricey, prepared recipe boxes, of course. “Before, what was soothing was a house with white walls and no furniture‚ and now what’s soothing is a house from the 1840s with dark paintings on the walls,” Helena Hambrecht, co-founder of the low-alcohol aperitif company Haus, which brands itself as cosiness in a bottle, told Vox website the other day. “We’ve been sitting [at] our computers in our modern apartments for the last 10 years and we’re all miserable.”

It’s a testament to the ingenuity of consumer capitalism that both minimalism and the trend known variously as “domestic cosy” or “the homebody economy” frame their appeal as anti-consumerist; where minimalism is supposedly about owning less, the cosiness trend urges a retreat from the world of getting and spending to the purportedly non-commercial spaces of hearth and bedroom. But it’s a trick, obviously. They may be marketing the message of “enoughness”, but really they’re promoting the idea on which all consumerism depends: that what you have right now isn’t enough, and that something needs buying before you can feel at ease.

The only genuine way to resist is by entertaining the possibility that, actually, your living room or bed sheets are fine as they are, and that if anything needs to change in your life – perhaps it doesn’t! – it might not require any purchases. (“Beware of all enterprises that require new clothes, and not rather a new wearer of clothes,” said Henry David Thoreau.)

Which isn’t to say there’s not a kernel of something important in the turn toward the domestic, local, and near-at-hand, as indicated in a line from the poet and ecologist Gary Snyder: “The most radical thing you can do is stay home.” It’s just that I’m pretty sure Snyder didn’t mean it was time to replace all your blankets and saucepans with expensively homely upgrades.