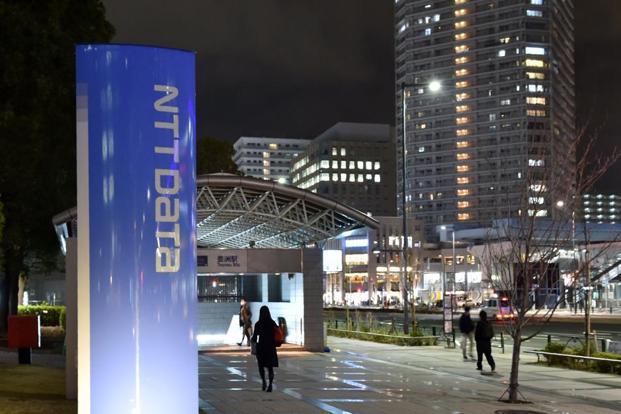 The acquisition would be by far NTT Data’s largest, increasing access to the US and other foreign markets to counter sluggish economic growth at home. Photo: AFP

The acquisition would be by far NTT Data’s largest, increasing access to the US and other foreign markets to counter sluggish economic growth at home. Dell meanwhile is selling some assets before completing its own record deal—the $67 billion takeover of software and storage systems provider EMC Corp.

Dell paid $3.9 billion for Perot Systems in 2009 with plans to expand in the fast-growing market for data services. Perot Systems, founded by H. Ross Perot, the billionaire who ran for US president in 1992 and 1996, has won government contracts for health-care IT services and work for the defence department, Nasa, Homeland Security and education departments. Dell Services now includes much of Perot Systems.

“Perot Systems has a large base of US clients in medical and other markets, so it fits NTT Data’s strategy to increase its presence there,” Hideaki Tanaka, an analyst at Mitsubishi UFJ Morgan Stanley, said before the deal was announced. “NTT Data can win big contracts in Japan, but in the US, it is less well-known.”

Dell has said in previous filings it may divest of some of its businesses ahead of the EMC merger—potentially using proceeds to pay down the debt being used to finance the agreement. The deal with NTT is a reflection of that, Dell said Monday. The combination of Dell and EMC—the biggest in the tech industry on record—is still on schedule to wrap up later this year in the fiscal third quarter.

NTT Data, the IT and consulting unit of Nippon Telegraph & Telephone Corp., has spent more than 72 billion yen ($634 million) buying companies since 2011, about 62 billion yen of it abroad, according to data compiled by Bloomberg. Overseas sales rose to 450 billion yen by the year ended 31 March, 2015, compared with more than 208 billion yen in the 12 months to March 2012.

Global rivals of NTT Data including Cognizant Technology Solutions Corp., Tata Consultancy Services Ltd. and Atos SE had also previously participated in an auction for Perot Systems that failed to generate a deal, according to Nikkei, Reuters and Re/code, which all cited people familiar with the matter.

NTT Data shares were little changed at 5,660 yen Monday in Tokyo. They have fallen 3.7% so far this year.

The systems unit of Japan’s former telephone monopoly has more than doubled in market value since 2011 on rising sales to financial and health-care businesses using the company’s data centers and software. Profit will probably surge 85 percent to a record 59.6 billion yen for the year ending 31 March, according to analysts’ estimates compiled by Bloomberg.

NTT Data services are used at hundreds of hospitals and thousands of health-care facilities in the US, according to the company’s website. The Tokyo-based company provides software and systems for functions including electronic medical records, surgery management, billing, insurance claims.

NTT Data cash, near cash and short-term investments stood at 183.1 billion yen as of 31 December, according to data compiled by Bloomberg. Bloomberg