The case of two London firefighters who were injured during a training exercise on Fanshawe Lake Friday highlights the dangers of the job, the department’s deputy chief says.

More than a dozen firefighters were participating in water-training exercises on Fanshawe Lake around 11 a.m. when the two were injured, acting deputy chief Jack Burt said.

Burt wouldn’t say what led to the injuries — there was an unconfirmed report of an explosion — but a Ministry of Labour spokesperson says two people were reported injured while attempting to inflate an inflatable boat.

The department’s rapid response team was called in to bring all the firefighters, one of whom had to be pulled from the water, back to the shore, Burt said.

“Firefighting is inherently dangerous, as is water rescue and a lot of the special teams we have in the city,” he said.

“Our members did a fantastic job today making sure that all of our firefighters were safe in getting off the water in a timely matter.”

The two firefighters were taken to Victoria Hospital with non-life-threatening injuries and listed in stable condition Friday afternoon, Burt said after visiting the pair, adding both were expected to be released later that night.

The labour ministry dispatched one investigator to the scene, said spokesperson Janet Deline, who couldn’t confirm whether an explosion had happened.

The Transportation Safety Board and the Office of the Ontario Fire Marshal have also been notified of the incident. 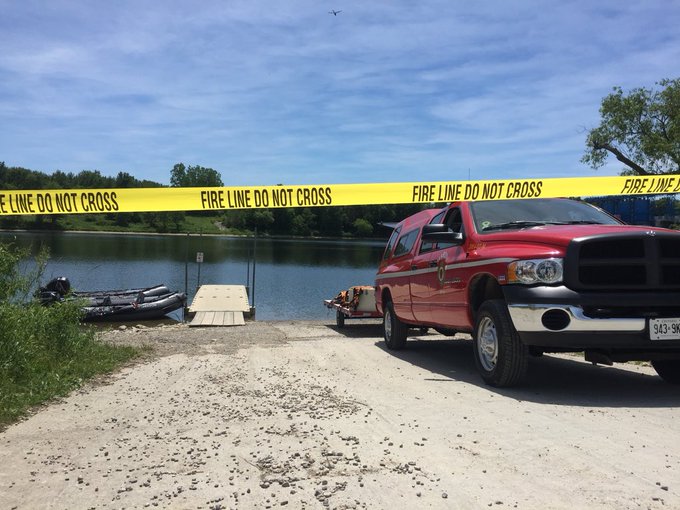 Investigators cordoned off a boat launch, just west of the Fanshawe Dam, where a fire department pickup truck with flatbed remained. Two inflatable boats with motors were docked in the water.

Two people have died during firefighter training exercises in Southwestern Ontario in the last decade.

Point Edward firefighter Gary Kendall, 51, died after being trapped under a fast-moving ice flow in the St. Clair River during a training exercise in 2010.

Firefighting student Adam Burt, 30, drowned while trying to get through a narrow gap in the ice on the Saugeen River near Hanover in 2015.