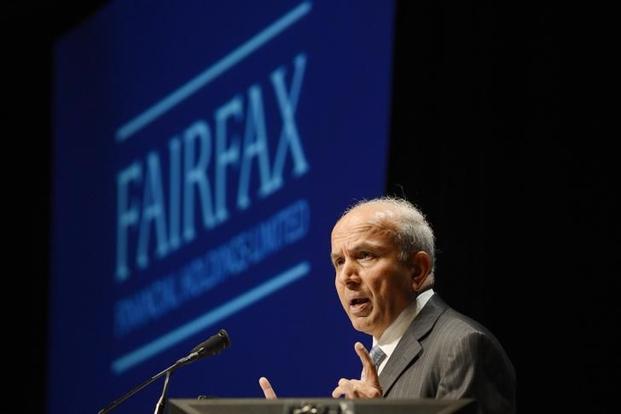 New Delhi: Canadian billionaire Prem Watsa’s Fairfax India Holdings Corp. is raising approximately $500 million by selling shares to public and through a private placement, it said in a statement.

The company is raising $150 million by selling shares to the public and $350 million through a private placement of shares to Fairfax Financial and OMERS (Ontario Municipal Employees Retirement System), the pension plan for Ontario’s municipal employees.

For the public offering, it has entered into an agreement with a syndicate of underwriters co-led by RBC Capital Markets, Scotiabank and TD Securities Inc. The underwriters will buy 12.7 million subordinate voting shares at $11.75 apiece, it said in the statement.

Following the public offering, Fairfax Financial and OMERS will acquire 12.7 million and 17 million subordinate voting shares, respectively, at the same offer price. The offerings will close by 13 January 2017, subject to obtaining all required regulatory approvals.

Fairfax has granted the underwriters an option, exercisable at the offering price for a period of 30 days following closing of the public offering, to purchase up to an additional 15% of the subordinate voting shares offered in the offering to cover over-allotments, if any.

The company plans to utilize the proceeds of the offerings to acquire additional Indian investments and for general corporate purposes, including the repayment of indebtedness, it said.

“The company is an investment holding company. Its investment objective is to achieve long-term capital appreciation, while preserving capital, by investing in public and private equity securities and debt instruments in India and Indian businesses or other businesses with customers, suppliers or business primarily conducted in, or dependent on India (“Indian Investments”),” it added.

Fairfax, through its various investment vehicles, has invested over $1 billion in India in the last one year.

In March, Fairfax invested in Bangalore International Airport Ltd, in which it acquired a 33% stake from infrastructure developer GVK Power and Infrastructure Ltd for Rs2,149 crore.

In July, it agreed to acquire a 51% stake in Privi Organics Ltd for about Rs370 crore.

Recently, people familiar with the matter told Mint that Fairfax has been given an informal nod by the Reserve Bank of India (RBI) to pick up a majority stake in the Catholic Syrian Bank.