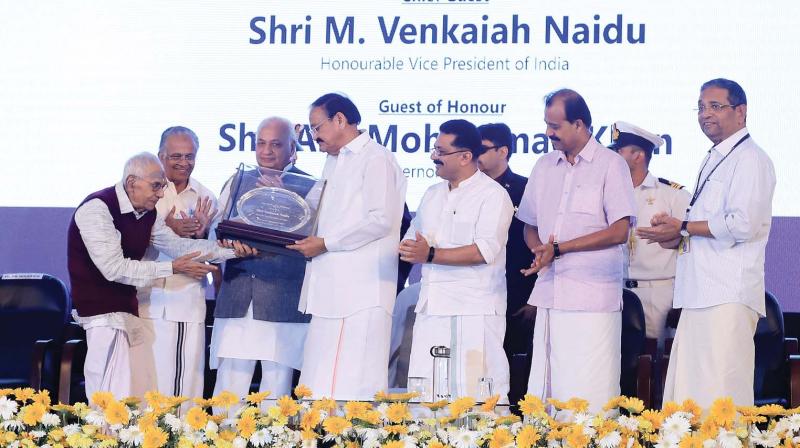 Malappuram: India has the potential to become the wellness capital of the world, according to vice-president M. Venkaiah Naidu. “It is home to centuries-old traditional systems of medicine and wellness practices that foster not only physical health but also mental and spiritual well-being,” he said inaugurating the 150th birth anniversary celebrations of Vaidyarat-hnam P.S. Varier at Kottakkal Aryavaidyasala near here on Tuesday.

He also stressed the need to shift our focus from the treatment of lifestyle diseases to their prevention and general wellness. “Ayurvedic practices and wellness solutions coupled with yoga and other forms of physical exercise can go a long way in preventing and controlling the life-style illnesses,” he said.

He called for integrating and harmonising traditional systems like ayurveda with the modern allopathic system for enhancing treatment efficacy. The holistic and comprehensive approach adopted in ayurveda could cure chronic diseases, he said.

As a practising science, ayurveda needs to be strengthened through research, he pointed out and added that the ancient wisdom in the traditional system of medicine had not been explored properly.

Mr Naidu also praised the role played by P.S. Varier in ayurveda. “I position P.S. Varier in the category of Indian Renaissance leaders who drew heavily on both the oriental and the occidental treasure troves of wisdom,” he said.

“Though Vaidyaratnam P.S. Varier was an ardent follower of Indian traditions, he was not satisfied with dwelling on past glories and had set his vision on the future.”