The title, released on Dec. 15 for Apple Inc. devices, was no longer the highest-grossing iOS app in any country as of Dec. 24, according to the latest data available from researcher App Annie. A week earlier, it was the most profitable app in 49 nations. In terms of free downloads, it was still on top in 88 countries, down from a peak of 138 on Dec. 17.
The drop in rankings may reflect problems with the app’s price: Super Mario Run can be downloaded for free, but users have to pay $10 if they want to progress beyond the first three levels of the game. That’s a departure from the industry’s standard, where most mobile games can be played for free but encourage users to buy in-game items to speed up progress. Fans appear to prefer the latter and have lashed out at the lack of free content in Super Mario Run. 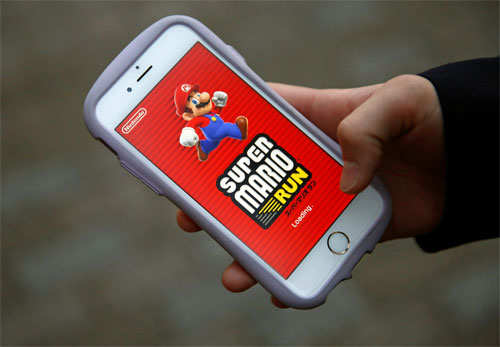 Nintendo’s ‘Super Mario Run’ game shown on a smartphone by the request of a photographer in Tokyo. (Image: Reuters)

Another point of criticism has been the $10 price tag, which many gamers have said is too high. At that level, only 1 to 2 per cent of people who download the game will buy the full version, according to Apptopia Inc. If the price was lowered to $2, it could likely convert 3 to 4 per cent. The researcher estimates the lower price would translate into revenue of about $50 million for this month, versus about $30 million at the current price. 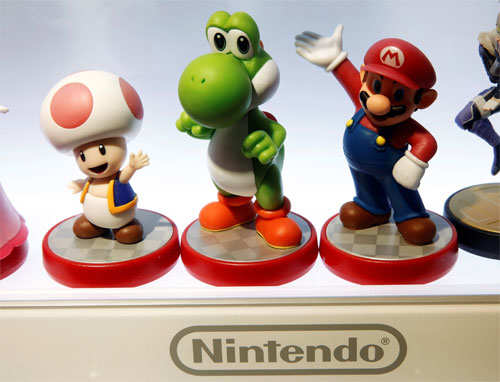 Nintendo shares rose as much as 4.8 per cent on Monday, perhaps because investors have digested most of the negative news. The company’s shares slid 20 per cent from Dec. 12 through last week as the game’s messy debut raised doubts about the company’s ability to execute its mobile strategy.