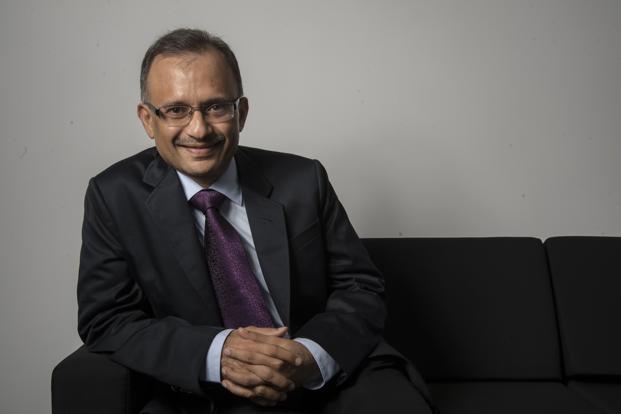 Mumbai: The ongoing crisis in the $103 billion conglomerate is unlikely to impact Brand Tata, said Harish Bhat, chairman of Tata Global Beverages Ltd and brand custodian of the group.

In an interview, he said that it was “business as usual” in all the operating companies even though the current spat had been tough to deal with at a personal level. Edited excerpts:

As the custodian of the Tata brand are you concerned about brand erosion?

Second is the consumers, who buy our services and brands. Their trust in the Tata brand remains unchanged.

Has the Tata brand been affected with respect to stakeholders?

I would say this controversy perhaps has to some extent impacted the way some stakeholders look at the brand, and we will need to build on the brand and nurture it in the future, bearing that in mind.

(Cyrus) Mistry has alleged some governance violations. As a representative of the chairman office of Tata Sons, how do you respond to that?

ALSO READ | What does Cyrus Mistry gain by trashing the Tata group?

So, the question is now Mistry should also follow these guidelines which he has not done. I do believe that this is violation of the board governance guidelines. This is the second reason why we felt he should be replaced. This has been clearly mentioned in the appeal that Tata Sons has put out to all shareholders earlier this month.

Isn’t he still a director on the board of Tata Sons and hence an employee?

What about the allegations he has made about governance of the operating companies—Tata Sons and Tata Trusts?

I have been on the board of several operating companies of the group, and I must say that they are run independently by their own boards of directors. Our boards debate and discuss what the future strategy of the company should be, what the capital allocation should be. Those are decisions taken by the boards of the respective companies.

What happens if in certain EGMs Mistry is not voted out?

First and foremost I want to preface my answer to that to say that Tata Sons has issued an appeal to all our shareholders. Ratan Tata, our interim chairman has also written a letter to all our shareholders. In these letters and appeals, we have put forward our case very strongly on why the continued presence of Mistry on the boards of our operating companies can be disruptive and dysfunctional to those companies. The appeal from Tata Sons has also pointed out the corporate governance violation, which I discussed a little while ago. I am very confident that the shareholders will take those appeals and letters into account before deciding how they will vote in the best interests of the companies where they hold equity stake.

For any reason, if the situation arises, as you are describing it, then it is up to the board of Tata Sons to decide what they would like to do.

What next now? How do you resolve this dispute?

We have EGMs coming up next week. In those EGMs, there are resolutions which Tata Sons has moved. Those resolutions will get voted upon. We are very keen to put the focus and spotlight very clearly on profitable growth of each operating firm within the company so that we can run as fast as required to create the right level of shareholder value.

Is the group prepared for a long legal battle?

The group will do whatever is right to safeguard our shareholders and safeguard all our stakes.

Can you share with us what’s top of your mind now?

There are 2-3 things. First and foremost, I want to use this opportunity to pay tribute to all the operating companies of Tata group. Over the last few weeks, while this issue has been very actively discussed in media and in public forums, we must recognize and appreciate that for all our operating companies it has been business as usual. Also, at a personal level, the last few weeks have been very difficult for me, but not so difficult at a professional level. Let me explain why. At a personal level it’s difficult because any such situation for a person like me, who has been part of the Tata group for 30 years now, I think it creates anxiety. On the other hand, at a professional level, I have always borne in mind I should do what is right for the institution.

ALSO READ | What if other Tata group shareholders vote the same way as those at TCS?

Can you tell how you will restore the brand value which has been impacted to some extent?

Two or three things. One is the principles on which the brand has been built remain unchanged. We do what is right by all our stakeholders, and they include our consumers, our financial shareholders, community, vendor partners and value chain partners and, of course, our employees.

You were also a part of the group executive council under Cyrus Mistry. We understand that he was about to present a governance document which would define the relationship between Tata Sons, the trusts and the operating companies. Can you share something of that?

I do not want to share in this interview any information about any documents that were being discussed in confidence. I hope you appreciate my point of view here. Having said that, yes, I was a member of the operating council under Mistry. There were specific roles that he had assigned to me in the GEC which were to do with customer-centric promoting, customer centricity and customer excellence in the group. They were to do with providing marketing support to some of the new businesses that we were incubating within Tata Sons.

Were you a part of those discussions?

Some discussions I was a part of, some I was not. There were discussions on many matters within the GEC. On the specific question you have asked on the governance document, I would not like to comment.

Why is it that almost all the directors of Tata Global Beverages who have voted against Mistry have filed caveats against him in the Bombay high court?

I do not want to comment on any legal matters. I believe the company will do whatever is right under the law.

TGBL is the only listed company that has not called an EGM to remove Mistry as director?

It is up to Tata Sons to decide if they want to call an EGM and in what order. Whenever Tata Sons calls the EGM, if they do and when they do, then we will have the EGM.

Can you tell us what happened at the TGBL board meeting on 15 November? What was the need to move the circular resolution later? Is it an admission that it was not all kosher at the board meeting?

No, absolutely not. The board meeting was conducted in strict adherence to the process of law. Whatever was the legal process required to introduce a resolution was followed to the T. That’s the first point I would like to make. I have already mentioned in an earlier interview that the reason I moved that resolution in the board meeting is because I believe, and eventually as you know seven out of 10 board members voted for that resolution, that Mr Mistry’s continued presence as chairman of the board while he was also at the same time in an adversarial and hostile relationship with the primary promotor Tata Sons would be very harmful to the interests of the shareholders of TGBL.

The circular resolution which was moved thereafter was without prejudice to the board meetings. It was just to re-emphasise the fact that a majority of directors were strongly in support of replacing Mistry as the chairman of the board for all the risks I pointed out earlier.

What about the video recording. Why was it not made available to Mistry?

In his representation to Tata Sons, Nusli Wadia said that in the case of Tata Steel, the founding fathers had given the company the name since 1907. Tata Steel existed much before Tata Sons and the brand agreement was signed only in 1998 so this needs to be examined and addressed. What are your views?

Do you think the independence of operating companies will be curtailed in the future?

So, you are saying that it will be status quo in the way that they are operating?

I also want to say that, some of us who represent Tata Sons on the boards of these operating companies, what we do and what the entire board does is ensure that we try to maximize values for our entire shareholders into the future.

Does profitable growth also entail exiting companies, which seems to be a bone of contention?

(Ratan) Tata’s letter to the shareholders has specified that very clearly. He has addressed the issue. He said very clearly that as a promoter, Tata Sons constantly evaluates new business opportunities and investments. Some of these investments have been successful while some others have taken time to be profitable. Our approach has been to support and fund these businesses during their development and growth phases. He has also mentioned that we will exit the business when we believe it is inviable.

What are your views on where the group is headed with all these changes?

R. Krishna Kumar, a trustee and director on the Tata Sons board, had in an earlier interview with the media shared that a succession plan for Tata Trusts is being discussed. This vindicates Cyrus Mistry’s stand with respect to the governance structure of Tata Trusts, that it needs to be reworked.

I do not want to comment on that. I am not part of the Tata Trusts. My relationship has been far more with Tata Sons and the operating companies. That’s a decision for Tata Sons to take. I do not wish to comment on the statement he has made.

Given that you have worked Mistry for 3-3.5 years, did you see this coming?

How was it working with Mistry?

I must mention this very clearly that I hold Mistry in very good personal regard. I have worked closely with him and the opportunity that he gave me to work as a member of the GEC and the specific role he gave me within the GEC. I have had several discussions with him. Those discussions were very cordial, very professional. I must say that I have not had the time so far over the last several weeks as you will no doubt realize to sit down and reflect on all those three years. But may be sometime in the future, I will do so.

Was he a tough boss?

How do you define tough. He was a boss who heard me out on areas I discussed with him and he would give me whatever decisions I wanted. If there was a specific area that he thought required far more intense work, he would tell me that.

How is it that you and Mukund Rajan were retained and the other members of the GEC were let go?

I can only talk about my performance appraisal. I also would not like to comment on other members of the GEC. I can only talk about the role I played. I did my role to the best of my capability. Whatever role was given to me, which I have already mentioned earlier. Now it’s up to Tata Sons and my boss at Tata Sons to judge how I performed.