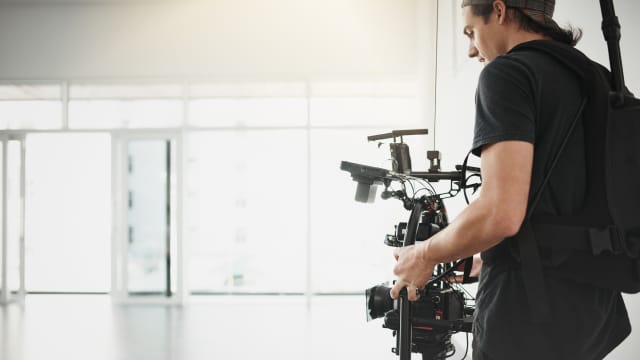 Compelling visuals are critical to grabbing the attention of buyers when marketing a home, and now, more sellers and brokers are taking a step beyond still photography and using video to promote homes for sale, especially at the high end.

This might entail a simple video tour of the interiors of a property, or drone footage to capture exteriors, acreage and the look of the surrounding neighborhood. Some listings go further than that, with professionally shot short films complete with paid actors, music and more, a technique used to sell a home in Villa Park, California, for $1.7 million.

Only 9% of agents surveyed last year by the National Association of Realtors said they use video in their listings, but 73% of homeowners surveyed said they’d be more inclined to list with an agent who uses video.

It’s difficult to calculate the correlation between the use of video and quicker sales or increases in sales prices, but agents who do incorporate video footage in their listings say it’s worthwhile for a number of reasons.

One of the biggest advantages is that video can capture the attention of a wider range of buyers.

“I have noticed more and more people coming to my listings, both brokers and buyers, and commenting that they saw my videos,” said Michael J. Franco, a broker with Compass in New York. “Statistically, it keeps people’s eyes on the listing longer, and keeps them on the website longer, so it’s good for the other listings, too.”

Video also takes some of the guesswork out of the house-hunting process, providing a more accurate sense of a property than a slideshow of photos.

“Video massively helps the sale of a property, and also helps the buyer,” said Odge Davey, associate in the country department of Knight Frank in the U.K. “It gives them information in a way that’s quicker, simpler, and more understandable. I think it will become completely common practice to do this.”

Another advantage is the ability to connect with younger buyers who are more accustomed to encountering luxury goods through streaming video on social media platforms like Facebook and Instagram.

Sellers can expect to pay at least a few thousand dollars to film. Mr. Davey said his clients will spend between £2,000 and £3,000 at most (about US$2,500 to US$4,000), although for more elaborate films, production budgets can go as high as US$70,000, according to the New York Times. Typically, brokers will hire a trusted videographer to film for them.

But video should be just one aspect of a multifaceted marketing strategy for selling a high-end home, brokers say. Sellers should not necessarily expect immediate results from video, but rather see it as a way to get more people through the door.

“I’d say it’s in the background. Having a video plants a nice seed that’s germinating in the buyers’ minds,” said Gill Chowdhury, a broker at Warburg Realty in New York.

How to Use Video Effectively

The real estate professionals who include video in their listings differ in the ways they use it, but they agree on a few rules of thumb: Video is most effective in helping to sell a home when it’s relatively brief, well-produced, and shared widely across social media.

“I put together formal videos for the listing, and post it on the website and social media. We use it for digital advertising and promote it on StreetEasy,” Mr. Franco said. “Sometimes I’ll take clips of the video and use it on IGTV [Instagram Television, a video app for smartphones], and sometimes I’ll go live on Facebook.”

Mr. Franco added that he has also used video to show the before and after of staging a home that had been in the sellers’ possession for 50 years. He chronicled the process of painting, refinishing floors, and staging to show buyers how the pre-war three-bedroom apartment had been transformed.

“Video is a high-quality marketing asset that resonates with the buyer of 2019,” Mr. Chowdhury said. “Some people want photography and copy, and they still have that, but many would prefer to see a video. And there are those who may not be looking to buy, but are more likely to be influenced and engaged by video.”

His approach includes creating an “anchor video,” Mr. Chowdhury said, and then placing shorter clips from that on social media.

“Not everyone wants to look at a 90-second film, so I might have shorter videos to get nibbles,” he said.

Mr. Davey added that he has found posting walk-through videos on Instagram and YouTube to be helpful in getting buyers to notice a property. Some of his clients even ask to be informed about new properties through videos sent over the messaging service WhatsApp.

“Putting someone in that place has worked really well, and we’ve had a lot more interest in properties we have these videos of,” he said. “People find it hard to visualize themselves in properties, but video makes it easier, and is much more engaging and relatable.”

Developers, too, are finding that video is effective at enticing buyers to invest in property that is still being built. For instance, for the Elysee, luxury condos currently under construction on the Miami waterfront, video is used to show buyers what the developers plan on delivering and keep them up to date on the building process.

“We used it from the beginning to explain the design and development, and now we’re getting buyers up to date, going from renderings to the real thing,” said Reid Boren of Two Roads, the Elysee’s developer. “We use drones quite a bit to get the views from each floor and get a real feel for our progress.”

How Video Helps to Sell Homes

When it comes to real estate marketing, it’s difficult to demonstrate a direct correlation between video and the speed of sales or sales prices, but its use means more prospective buyers paying attention to your listing, brokers say.

“Video is where everything is going. Statistically, if someone has the choice between video and photos, they’re going to click on the video. Nobody gets traction on text anymore,” Mr. Franco said.

Sellers should think of video as a way of beginning a conversation with buyers about a property, rather than a means to an end, Mr. Chowdhury said.

“Between Instagram, Facebook, and YouTube, there’s a 90% chance your buyer is on one of these platforms,” he said. “Video gives you an opportunity to capture and keep someone’s attention long enough to allow a conversation to take place. We need to do what we can to create conversations with people we may not have reached otherwise.”

When hiring an agent, sellers should ask them whether they use video, Mr. Chowdhury suggested, as it’s a good indicator of whether they’re aggressive in their marketing and their pursuit of what works for today’s buyers.

“The statistics around video show people respond to it,” he said. “Even if it increased your chances of success by only 1%, if your home is worth millions, why is your agent not investing in video assets? What are they spending on in terms of your property?”

For buyers interested in purchasing new construction that hasn’t topped out yet, video takes out some of the guesswork, and reassures them about their purchase. In instances like these, leaving more up to the imagination isn’t a good thing, Mr. Boren said.

“Showing video of the views and the neighborhood a development will be in makes it a little more digestible,” he said. “The more tools that salespeople and developers have to show buyers what their experience is going to be, the less they need to imagine it.”

Video is especially effective in connecting sellers to younger buyers. Millennials and Generation Z say they’re most engaged by advertising that uses visual media, and the latter in particular uses Instagram to discover new brands. Sometimes this means children alerting their parents to interesting properties they’ve discovered themselves online.

“There are a lot of people calling on behalf of their parents. In one case, a 12-year-old daughter saw a home I was selling on Instagram. It’s strange, but it’s happening more and more,” Mr. Davey said. “Someone may have seen a video on Instagram and they call us. It massively helps the sale of a property, and I think it will become completely common practice to do this.”