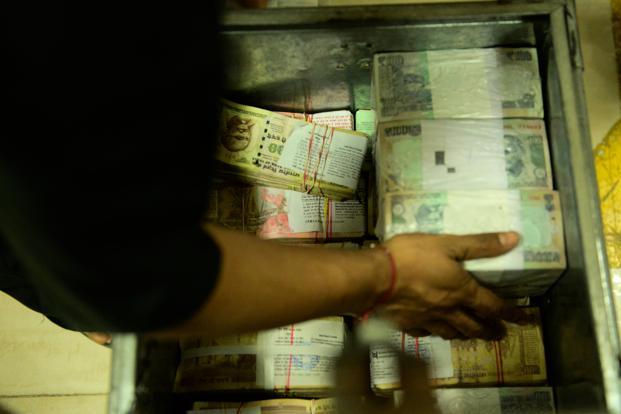 Apart from a clutch of borrowings by toll-road companies and some fund-raising by oil refineries, there was hardly any borrowing linked to industrial activity at home. Photo: Pradeep Gaur/Mint

Singapore: The loan market says it all: India’s companies are on an investment strike.

Slightly more than $8.6 billion in syndicated loans involving Indian borrowers were signed in the second quarter, a 44% drop from the previous three months. That included about $1.5 billion raised by the likes of State Bank of India, Axis Bank, HDFC Bank and Housing Development Finance to replenish their firepower, and another $1.15 billion for ONGC Videsh, the overseas arm of the state-owned energy explorer ONGC.

Otherwise, nothing much. Apart from a clutch of borrowings by toll-road companies and some fund-raising by oil refineries, there was hardly any borrowing linked to industrial activity at home. The financing drought hasn’t been this bad since the 2008 financial crisis.

Data from the central bank also suggest that credit demand has almost collapsed, and that banks are merely parking deposits in government securities. That’s hardly what one would expect in an economy supposedly expanding at a 7.6% pace, according to official estimates.

All this can only mean one thing: The successor to Raghuram Rajan, the outgoing governor of the Reserve Bank of India, will be under tremendous pressure to cut interest rates. But it’s unlikely a couple of quarter-percentage-point reductions will help much, except perhaps to lure some more home buyers into the market.

The overarching theme for Indian companies for the rest of this year—and possibly well into 2017—will be deleveraging. That’s entirely rational, considering how overextended they are. DLF, the country’s largest builder by market value, wants to become debt-free. In March, its total borrowings of $3.7 billion were large enough to eat up almost eight years of earnings before interest and tax.

What can revive credit? Crisil, a rating company, expects Indian telcos to spend almost $15 billion buying spectrum from the government in planned auctions. If they do so, theirs will be a protective move ahead of the launch of fourth-generation mobile services by billionaire Mukesh Ambani’s Reliance Jio.

Any borrowing to write checks to the government would be a flash in the pan, though. For all the hype around Prime Minister Narendra Modi’s ‘Make in India’ initiative, Indian companies are waiting to see demand revive before they break ground on factories and showrooms. With everybody waiting, the wait for the economy is only going to get longer. Bloomberg